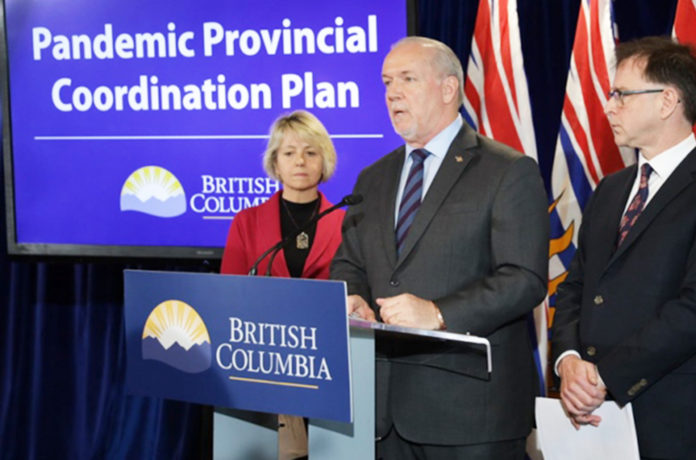 Eighty-seven per cent of British Columbians say Premier John Horgan’s government has done a good job handling the COVID-19 pandemic, according to a recent poll by the Angus Reid Institute.

Only the provincial governments of New Brunswick, at 91 per cent, and Newfoundland and Labrador, 89 per cent, received higher ratings in the nationwide poll, which found that at least seven in 10 residents in every region of the country believe their province has done a good job in handling COVID-19.

The B.C. Centre for Disease Control rates B.C.’s current COVID-19 risk as “very low” as the number of new cases continues to decline, along with the number of cases in hospital and critical care.

As of Friday, 2,632 people had tested positive for the disease in B.C. with just 193 of those cases considered active. There have been 167 COVID-related deaths in British Columbia. There are 96,129 confirmed cases in Canada and the national death toll has climbed to 7,830.

A majority of British Columbians, 56 per cent, approves of the province’s reopening process, while 31 per cent think the restart of B.C. businesses and institutions is happening too quickly.

British Columbia declared provincial health emergency on March 17, began Phase 2 of its restart plan on May 19 by easing restrictions on social distancing, and allowing restaurants and personal service businesses to reopen while adhering to new WorkSafeBC safety guidelines.