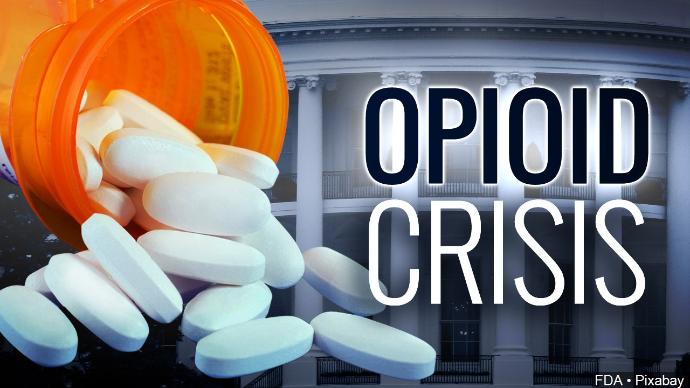 Photos shared by Annie Storey show her son Alex with his arms wrapped around his young daughter, as the little girl smiles from ear to ear.

“She was in love with him. Absolutely,” Storey said. “He was starting to be a dad, which he really wanted to be.”

She said Alex was a kind soul, loyal, and fun. In childhood, he spent a lot of time in the outdoors, hiking and camping.

“He was always smiling,” Storey recalled. “He was a happy, happy kid.”

Storey said Alex’s birth motivated her to go back to school as a single mom, eventually becoming an accountant. In high school, he excelled at football, and Storey was at every game.

“He was a fantastic football player,” she said, and added he attended St. Thomas Moore, a private Catholic school, and played for on their team. “He was scholarship material, without question.”

Storey said in Grade 10, Alex was diagnosed with a learning disability, and switched schools.

“He had an injury, he wasn’t able to play as much, and so he quit school,” Storey said.

“His best friend was murdered in 2011,” said Storey. “His childhood friend that he grew up with. We just saw him start to spiral at that point, downwards.”

Storey said when her son was about 20 years old, he was prescribed oxycodone after a car accident.

“Shortly after that, he started dating a girl who had a very serious oxy addiction, and that was just a nightmare,” she said.

Storey said they got Alex into a methadone program, but said it was a “difficult system to navigate.”

“There were times that he would have to be there at 3 o’clock I think every second day to pick up his prescription,” she said. “But they would close early, and they wouldn’t give any notice. So he’d spend two days in withdrawal.”

Storey said her son ended up going to Ontario for a couple of months, and eventually quit the drugs on his own.

“He got off all of it, and he was doing fine,” Storey said, and added Alex also started working with a friend doing drywalling. But last year, things began to take a turn.

“I think probably since the pandemic hit, things started to slow down at work, we started to see anxiety and depression,” she said. “He suffered from PTSD as well, as a result of what happened to his friend, and it just started to get worse.”

Initially, Storey said things didn’t seem as bad as they had been before. He was still visiting, and seemed happy. But in November, which is the month when his friend was killed, she said he began to “spiral.”

“He dropped about 25 pounds, he was having psychotic episodes,” she said. “We were just stunned because we were like, this is not like anything we’ve seen before.”

Storey said her son asked her for help finding a counsellor, and she ended up connecting with an addictions specialist earlier this year. She said the process of finding that help wasn’t straightforward.

“You’re literally googling, and you’re coming to a website that lists 15 resources, and you try to call them and they don’t answer the phone, or then they send you to somebody else,” she said. “There’s just nothing really readily available.”

Storey said she also found a private rehabilitation facility with an opening, but Alex wasn’t ready to go yet. However, they did have an appointment with the specialist.

“It was all phone call, you can’t go and see anybody right now. You can’t go face to face,” Storey said. “Which really is, I think, what you really need, is to be able to sit down with somebody…over the phone just isn’t the same.”

Storey said Alex missed the first appointment but scheduled another one.

“He kept talking about wanting to kick this,” she said. “He really felt like he could do it himself. He kicked it before, so he could kick it again. But there was no carfentanil involved last time. There was no poisoning of the drugs last time he struggled through this.”

On Jan. 18, just days before his 29th birthday, Alex died of an overdose at his home.

“When they did the toxicology report, we found out that there was carfentanil in his cocaine,” Storey said. “He had been taking Xanax for the anxiety he was having as well, and the mix of those drugs together are what killed him.”

Storey’s son was among 165 people who died in the province this January, which equated to about 5.3 every day. It’s the worst start to the year on record in the overdose crisis.

Testing also showed the drugs themselves are becoming even more toxic. Eighteen per cent of the deaths involved extreme levels of fentanyl, which is the largest number to date. Fourteen deaths involved the even more lethal carfentanil, which was the largest number since May 2019. Forty-nine per cent of the samples tested also detected the presence of benzodiazepines, including a drug called etizolam, which is not licensed in Canada. Combined with fentanyl, it increases the risk of overdose due to depressant effects on the respiratory system.