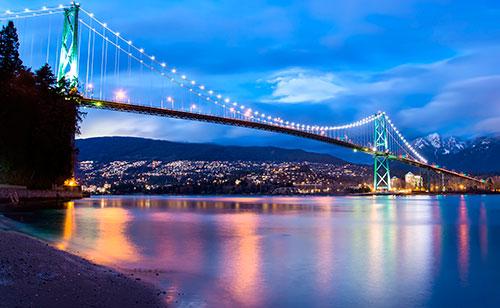 Two people have been arrested after they climbed the Bridge seeking some sort of photo opportunity, according to police.

A high-angle rescue team was sent in and the men were discovered after a search of the two towers.

Traffic was heavily congested on the bridge for two hours during the police operation.

Shortly after 1 pm all lanes were back open and TransLink said regular bus service over the bridge has resumed. Charges have yet to be announced.

The Lions Gate Bridge was opened first time in 1938, officially known as the First Narrows Bridge, it is a suspension bridge that crosses the first narrows of Burrard Inlet and connects with the City of Vancouver, British Columbia.