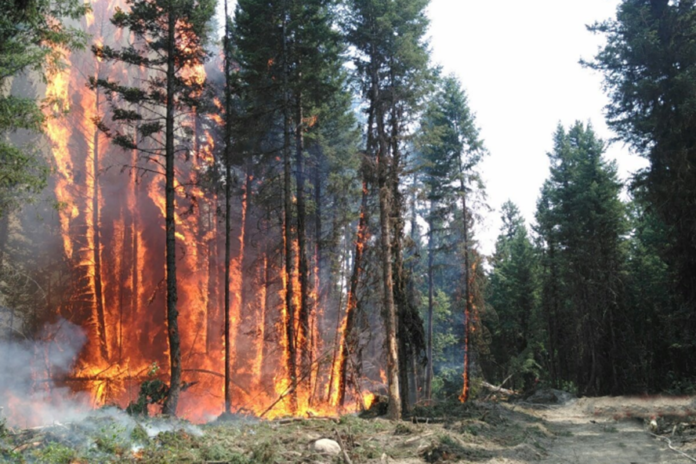 Wildfire in BC flared up on Sunday night near 100 Mile House area, forcing thousands of people to evacuate the region. 10,000 evacuees and counting.

You can have as many firefighters as you want and the best technology possible, but on a dry day, there are three simple words that can dramatically change any wildfire situation for the worse.

For most of Saturday and Sunday, there were plenty of new alerts and small tactical evacuations, but large-scale evacuations weren’t necessary. The wildfires were burning away from urban centres.

Sunday afternoon, the wind changed and, hours later, the entire town of 100 Mile House was placed under an evacuation order, with flames less than a kilometre away, and pushing the total number of people under evacuation orders in B.C. to over 10,000.

“I didn’t worry at all, until somebody said the wind was picking up,” said resident Tatiana Ruiz.

“We were at home watching movies, and all of a sudden, they’re knocking on the door. We packed up our stuff in two, three minutes.”