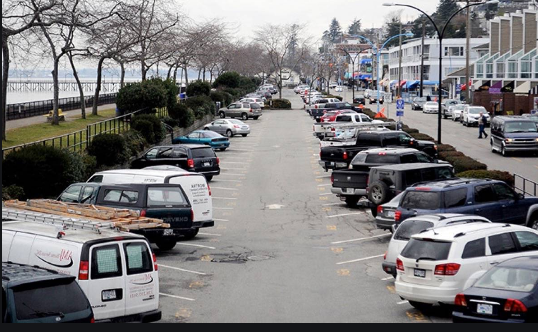 White Rock council has balked at limiting waterfront parking to city residents with decals and veterans only.

The move was one of 19 potential Covid-19 health and safety measures described in a report from Fire Chief Ed Wolfe received by council at a special virtual meeting on Monday (April 19).

Although Coun. David Chesney and Coun Scott Kristjanson pushed for the measure, claiming the current severity of the pandemic in BC and in the Fraser Health region particularly — warranted extra protection for city residents, the motion, from Kristjanson, went down to defeat 5-2.

Due to the shortness of time, and the number of recommendations to be discussed, council passed a motion to adjourn further discussion of the measures until another special meeting, to be held Wednesday (April 21) at 5 p.m.

Council also green-lighted a report from staff (to be presented at the next regular council meeting on April 26) on a proposal from Coun. Christopher Trevelyan that would limit traffic all along Marine Drive to one-way only.

Trevelyan said the measure would allow restaurants to utilize sidewalks to expand their outdoor patio space during current restrictions banning indoor service, while one traffic lane of Marine Drive, on the north side, would become an expanded walkway.

Staff are expected to investigate the liability and safety issues of the move in the forthcoming report.

On an associated motion, from Chesney, council unanimously approved suspending patio fees, throughout White Rock, for the 2021 calendar year, with refunds to businesses that have already paid the fees.

Chief administrative officer Guillermo Ferrero said the cost of the measure to the city — roughly $25,000 per year — would likely be recovered from the federal/provincial Covid Recovery Grant.