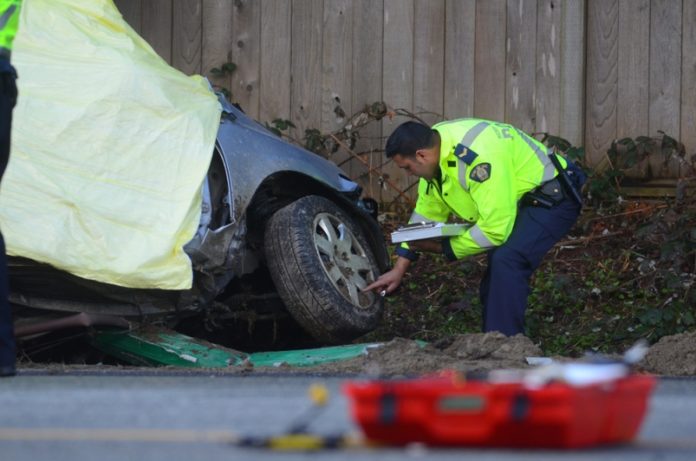 Burnaby RCMP were called to the 8300 block of Lougheed Highway, near the Production Way SkyTrain station, at about 4:30 a.m. Wednesday, according to RCMP Staff Sgt. Maj. John Buis.  One person is dead after an early morning crash in Burnaby on Wednesday.

A light grey Honda Civic had veered off the highway and slammed into a pole on the south side of the roadway, leaving at least one occupant dead.

“It appears that speed may have been a contributing factor,” Buis said.