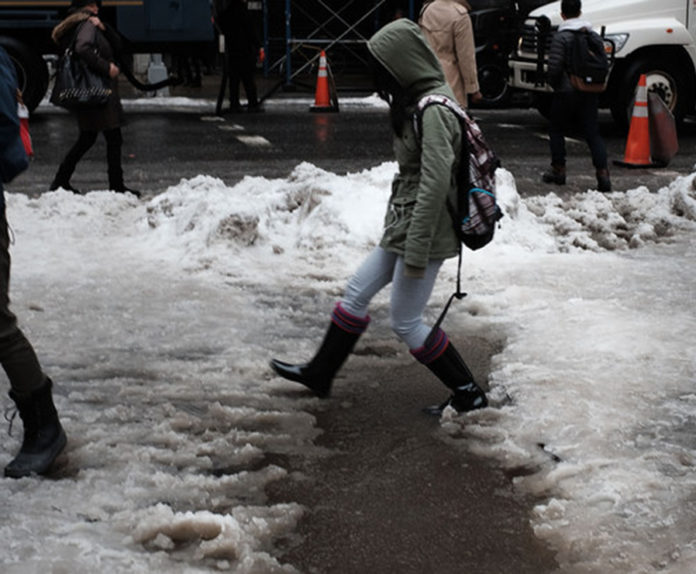 Schools are closed again on Thursday due to “unsafe conditions on roads and major routes.” Both Kwantlen Polytechnic University campuses in Surrey are also closed.

The Winter Storm Warning remains up for the South Coast, BC.

Schools closed early and travellers were warned about slippery road conditions as BC prepared for the latest blast of stormy winter weather.

Environment Canada has issued storm and snowfall warnings stretching from Victoria to Alberta.

*All public schools in Surrey

*All public schools in Mission

*All public schools in Chilliwack

*All public schools in Abbotsford

*Day classes at the University of the Fraser Valley

We will have all the updates on school closures as they become available.

BC’s Transportation Ministry says crews were keeping a close eye on conditions around the Lower Mainland, including bridges, the Alex Fraser and Port Mann, which may close if conditions become dangerous.

BC Hydro is tracking the system and has dozens of crews on stand-by for when the snow and rain hits.

Crews been busy dealing with the impact of the series of snowstorms that have hit the Lower Mainland and Fraser Valley over the past few days.

If you come across a downed power line stay at least 10 metres back and to call 911.

DRIVE BC:  There are no major problems being reported at this time, however, you have to have winter tires to drive the out of town highways including the Sea to Sky and Coquihalla.TRANSIT:
You are being told to dress warm for the conditions and to expect delays at bus and SkyTrain stations – that includes the Evergreen, Expo, Millennium and Canada Lines.

There have been a number of cancellations and delays, mostly involving WestJet flights to and from Calgary and Edmonton in an out of both YVR and Abbotsford Airports.

POWER OUTAGES:
Check out the latest list of outages on internet.

Stay tuned to radios for any breaking news, and the very latest Traffic and Weather information.