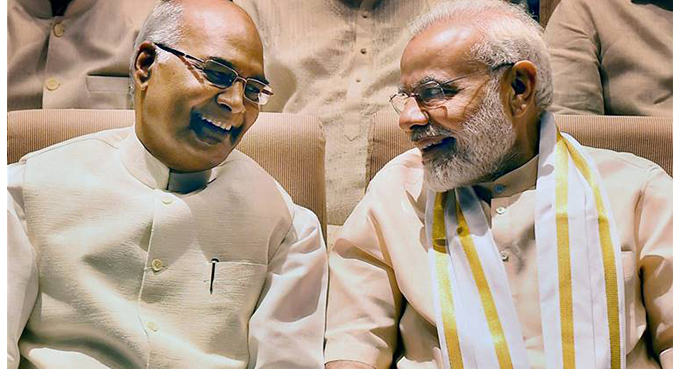 Ram Nath Kovind elected 14th President of India. Kovind, former Governor of Bihar, has served as a BJP MP in the Rajya Sabha as well. He defeated Opposition’s Meira Kumar, a former Lok Sabha speaker, winning more than 65 percent of the votes in the Electoral College.

Kovind will be the second Dalit to become the President of the country after KR Narayanan. The returning officer, Anoop Mishra, said that Kovind received 2930 votes with a value of 7,02,044. He will be the first BJP member to be elected as the President.

Prime Minister Modi congratulated Mr Kovind. He said, “Congratulations to Shri Ram Nath Kovind Ji on being elected the President of India! Best wishes for a fruitful & inspiring tenure. Gladdened by the extensive support for Shri Ram Nath Kovind Ji among MPs & across various states. I thank members of the electoral college. I also congratulate Meira Kumar Ji for her campaign, which was in spirit of the democratic ethos & values we all are proud of.”