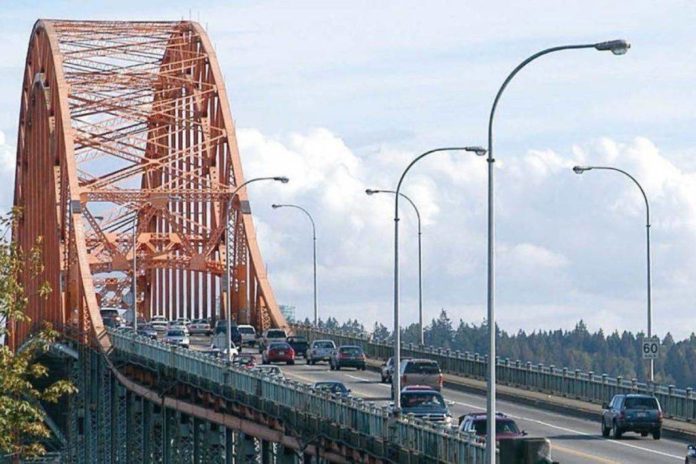 Media reporters will have an opportunity to see why it’s critical funding is secured this year in order to replace the 80-year-old bridge by 2023,” according to a release.

A first-hand look will determine  deterioriation of the Bridge, ahead of this weekend’s closure for repairs.  TransLink says its ‘critical’ funding is secured this year to replace 80-year-old bridge.

TransLink says the closure will be in effect from 9 p.m. on Friday to 5 a.m. on Monday to allow for crews to repair the deck on the south end of the bridge.

Potholes resulting from the particularly cold winter are the main issue, according to TransLink. Though they have been patched, the upcoming closure is required to better repair the underlying concrete deck.

During the closure, the crossing will remain open to pedestrians, cyclists and emergency vehicles.

Since 1999, TransLink has spent more than $50 million to extend the bride’s life span and is currently completing preliminary design work for a replacement.