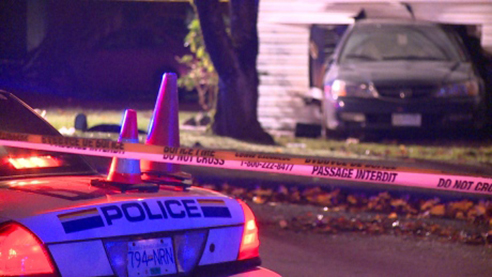 A woman passenger in her 90s is dead, following a high-speed crash in Surrey over the weekend.

Two people, a male driver and a female passenger, were inside the car.

The man was taken to hospital with non-life threatening injuries and the woman was pronounced dead at the scene.

Witnesses said the high-speed collision between the Toyota and the suspect vehicle, a grey Dodge, had occurred earlier.

The driver of the suspect vehicle then fled the crash, headed westbound on 72nd Avenue, but was later located by police and taken into custody.

RCMP said alcohol and speed were believed to be factors in the crash. Anyone with more information is asked to contact police.