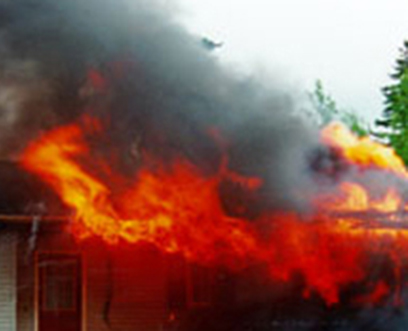 Fire has ripped through a two-storey house in Surrey, near the intersection of 103rd Avenue and 143rd Street.

“Breaking News, my next door neighbor’s house is on fire, heard a loud bang then it started on fire,” Baryer posted.

Road closures in the area are in place, due to the fire.

“Drivers and pedestrians are asked to avoid the area while emergency crews attend to the fire,” said Surrey RCMP spokesperson Corporal Elenore Sturko in an email.

“No injuries have been reported.”

The garage of the house was well involved by the time firefighters arrived on scene, according to a Black Press Media freelancer. It appears all occupants were able to get out safely and at least one woman was treated by paramedics for smoke inhalation.

The two-alarm fire brought close to 20 firefighters to the scene.