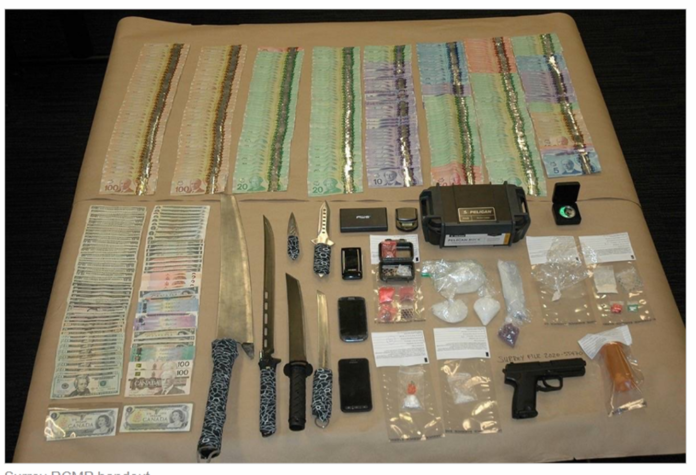 Surrey RCMP say they’ve seized a “stash” of illicit drugs, weapons and more than $15,300 in cash from a residence in Newton.

Corporal Joanie Sidhu said the April 28 seizure, from a residence in the 6000-block of 140th Street, flowed from a Surrey RCMP Community Response Unit investigation that began on March 27.

She said police seized over $15,000 Canadians and $275 in U.S. cash, as well as knives, swords, an air-soft gun and alleged drug trafficking paraphernalia. “Suspected illicit drugs in various quantities including methamphetamine, fentanyl, cocaine and pills were also seized from the residence,” Sidhu said.