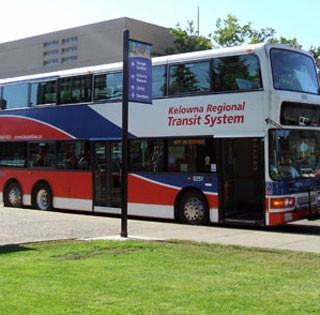 In  Kelowna west a female bus driver was assaulted on Monday afternoon.The assault took place on board a BC Transit bus at the Highway 97 South and Hudson Road bus exchange on February 13, Family Day, said a statement by police.

RCMP are searching for a suspect connected to the alleged assault.

The operator was allegedly struck by a young man who then fled on foot. The bus driver did not require any medical treatment as her injuries were minor.

“Investigators will be conducting a review of the bus’s on-board video surveillance cameras for any evidence to further their ongoing investigation,” said RCMP Cpl. Jesse O’Donaghey.

The suspect is described as a young aboriginal male, with dark hair and a poor complexion. He was last seen wearing a dark hoodie, dark shorts, white running shoes and carrying a large backpack.

Anyone with any information about it is asked to call the RCMP.