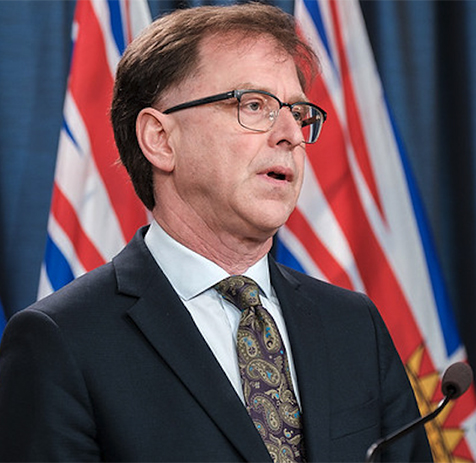 BC is prepared to give out Covid-19 booster shots should they be required and recommended by public health, Health Minister Adrian Dix said Monday.

He said the Covid-19 booster shot is something health officials have been “preparing now for some time” both within and beyond the long-term care sector, and for those who are immunocompromised.

“So, we’re looking at that,” he told a news conference.

More than 76 per cent of those eligible are fully vaccinated in B.C., while about 84 per cent have received their first dose of the Covid-19 shot, the government said in a news release.

The province recorded 1,853 new cases of COVID-19 over the three-day period that began Friday. The province said Monday there were 5,918 active cases across B.C., with Interior Health reporting the highest number of cases at 707.

Fraser Health said it has declared a COVID-19 outbreak at the Chilliwack General Hospital after evidence of transmission in a medicine unit. Three patients have tested positive in the outbreak that’s limited to one unit, which has been temporarily closed to new admissions, the health authority said.

The emergency department remains open and no other areas have been affected at the hospital, where enhanced cleaning and contact tracing are in place, it said.

The Northern Health authority also announced a new COVID-19 outbreak at the in-patient unit of the Fort St. John Hospital over the weekend. Three patients and two staff have tested positive for the illness and infection control measures are in place, including enhanced monitoring for symptoms, it said.

An outbreak continued at White Rock’s Peace Arch Hospital, along with 13 outbreaks in assisted-living and long-term care homes when the province last issued an update on the virus.