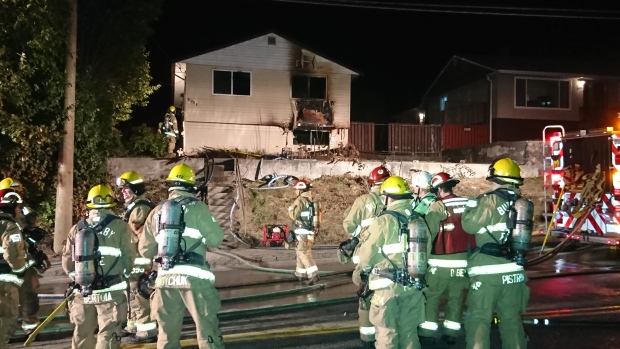 Blaze started at a single-family home on in Burnaby around 1:40am, according to Assistant Fire Chief Gavin Summers with the Burnaby Fire Department.

Seven people were hospitalized as fire broke out in a Burnaby home early Monday morning.

“At this point it looks like the location [the fire] started was a bedroom in the first floor, in the front of the house,” he said.

Summers said 30 firefighters worked to extinguish the blaze, but added that damaged to the wood-frame house is extensive.

The entire first floor was destroyed and there was heavy damage to the second floor, according to Summers.

All seven people living in the home managed to escape and were taken to hospital for observation and to be treated for smoke inhalation.