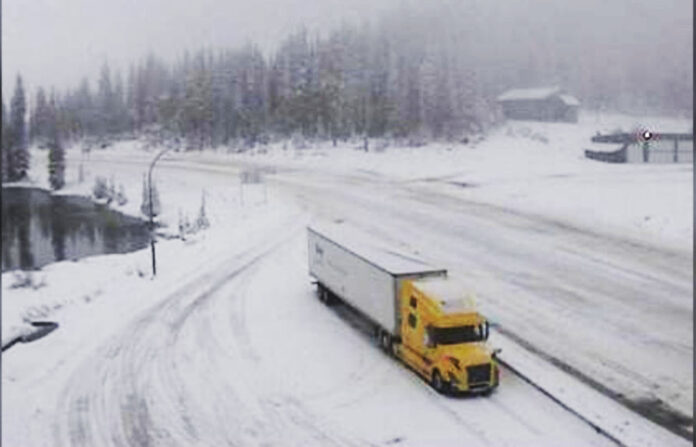 With heavy snow in the forecast, Environment Canada announced the snowfall warning for interior BC on Tuesday morning.

Coquihalla Highway from Hope to Merritt, Trans-Canada Highway from Eagle Pass to Rogers Pass reaching as far as Revelstoke, and Highway 3 from Paulson Summit to Kootenay Pass are all expecting 15-20 centi metres of snow in the next 24 hours. Because of the snow, visibility is also expected to be low.

Light snow is scheduled to start Tuesday morning and intensify as the day goes on, finishing with flurries early Wednesday morning.

In the same time span, the Okanagan Valley, including Vernon, and the Shuswap are expecting 10-15 centimetres of snow.

Environment Canada warns people that driving conditions in the mountains can change suddenly and to be prepared. And if visibility is effecting while driving, turn your headlights on and maintain a safe distance between vehicles.