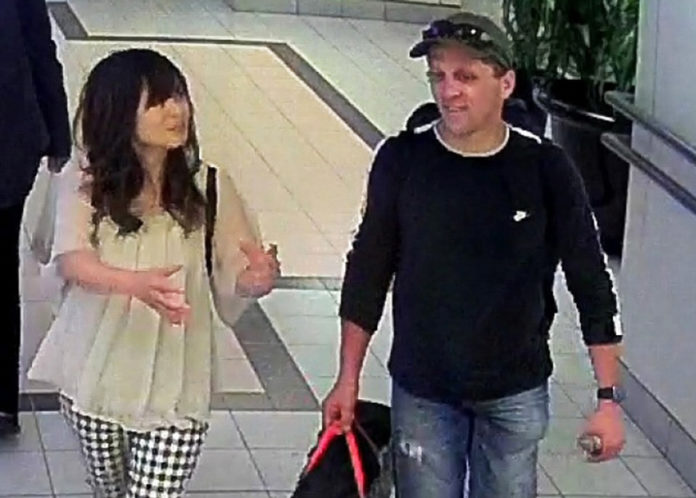 RCMP released still image in September of missing Japanese student Natsumi Kogawa and William Schneider, Natsumi’s body was found in Vancouver West End on September, 28. Schneider has been charged with second degree murder in her death

Murder charge has been laid in connection with the death of a 30-year-old Japanese student who had been living in Burnaby. Vancouver police found the body of Natsumi Kogawa in Vancouver’s West End on September 28 after she was first reported missing on September 12. William Schneider, 48, was arrested by RCMP in Vernon on the same day Kogawa’s body was located and charged with indignity to a human body. He has now also been charged with second degree murder. Before her death, Kogawa had been in BC studying English, was last seen on September 7 by a friend near the North Burnaby home where she had been staying. Her disappearance was first reported by Vancouver police but her file was transferred to Burnaby RCMP since she lived in the city. At the time, Police said there was nothing to suggest Kogawa’s disappearance was suspicious. Mounties later released images from video taken before she was reported missing. The images, from a building in downtown Vancouver, show Kogawa walking with a man holding a black bag. Vancouver police later confirmed Schneider was that man and the only suspect in the case. The VPD said the Burnaby RCMP’s investigation led police to search the grounds at 1523 Davie Street, but didn’t provide the details of what exactly brought investigators to the site. Schneider, who had no fixed address at the time of his arrest, has a lengthy record dating back nearly 20 years, mostly related to theft offences, including in Burnaby.