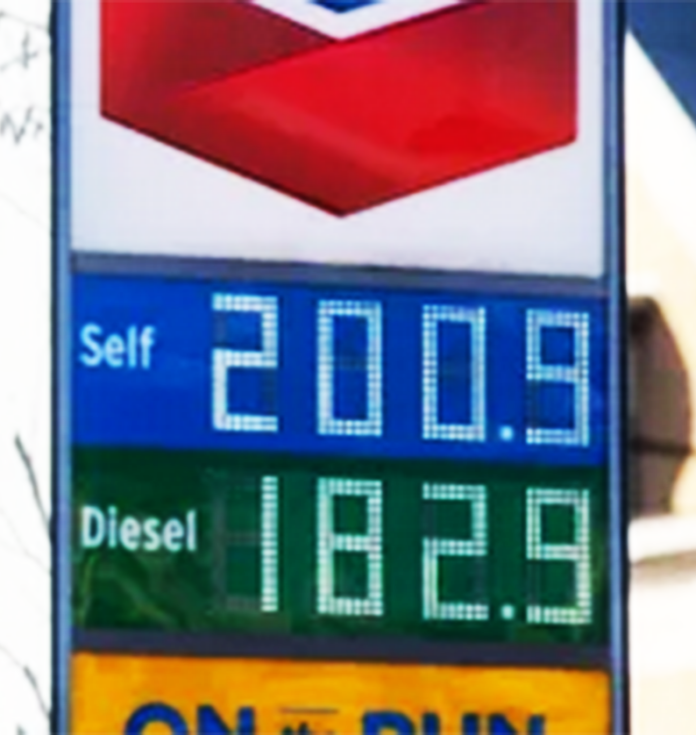 Gas prices in Metro Vancouver are the highest in North America

Metro Vancouver gas prices have surpassed yet another sky-high record this
week.

On Sunday (March 6), numerous people took to social media to share
images of stations across Metro Vancouver selling gas for 209.9 cents per
litre, marking an all-time for the region.

The prices at the pumps broke record which was set just a day ago, on Friday, March 4, when
gas was selling for 200.9 cents per litre at several outlets.

Locals remarked that the city now has the “highest gas prices in North
America” and questioned if they will continue to rise.