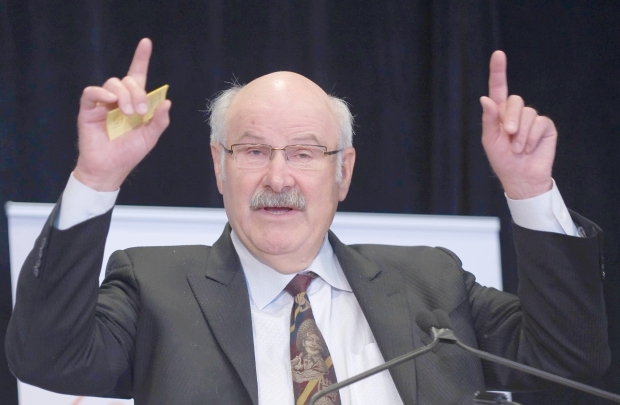 Mike Harcourt is receiving the city’s highest honour — the Freedom of the City award.

The Freedom of the City award is granted to someone who has gained national and international acclaim and has brought recognition to Vancouver.

Recipients are recognized with a special ceremony, a framed scroll, medal and a decal that permits free parking at any City of Vancouver meter.

Past recipients of the award include David Suzuki, Kim Campbell, and Rick Hansen.  Mike Harcourt, who served as mayor of Vancouver from 1980 to 1986 and as B.C. premier from 1991 to 1996, said the city has changed considerably since his years as mayor.

“It’s quite extraordinary. It’s come from a city on the verge of making a series of terrible mistakes in the 1960s like building a freeway along our waterfront … to become a livable city and … a place for people to live, play and work.”

Harcourt said Vancouver’s coming of age has almost been too successful.

“It’s been quite a ride. We now face the challenges of success: unaffordable housing, lack of childcare, an incomplete transportation system, and trying to get our young people the skills and training they need without resulting in a big mound of debt,” he said.