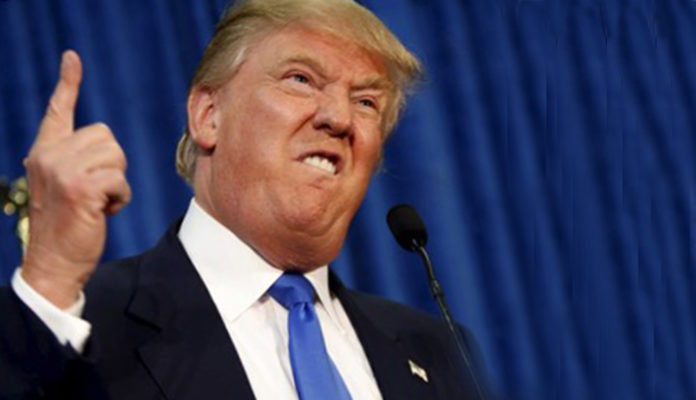 President Donald Trump of USA mounted a vigorous defence of his presidency pushing back against media reports that his campaign advisers had inappropriate contact with Russian officials and vowing to crack down on the leaking of classified information.

Nearly a month into his presidency, Trump said during a free-wheeling White House news conference that his new administration had made “significant progress” and took credit for an optimistic business climate and a soaring stock market.

The president denounced media reports of a chaotic start to his administration marked by a contentious executive order — now tied up in a legal fight — to place a ban on travellers from seven predominantly Muslim nations.

“This administration is running like a fine-tuned machine,” Trump declared. The president said he would announce a “new and very comprehensive order to protect our people.”

Throughout the news conference in the East Room of the White House, the new president delivered repeated criticism of the news media, accusing journalists of being “out of control” and promising to take his message “straight to the people.”

He dismissed recent reports in the New York Times and on CNN that his campaign aides had been in contact with Russian officials before his election. Trump called Paul Manafort, his former campaign manager who has ties to Ukraine and Russia, a “respected man.”

Trump called the reports a “ruse” and said he had “nothing to do with Russia.” Trump added, “Russia is fake news. This is fake news put out by the media.”

Amid reports of widespread leaks within his administration, Trump also warned that he would clamp down on the dissemination of sensitive information, saying he had asked the Justice Department to look into the leaks. “Those are criminal leaks,” adding, “The leaks are real. The news is fake.”

On February 28, Tuesday grand opening of a hotel is due in Vancouver bearing US President Donald Trump’s name. Trump tower has been focal point for protests.

Two of Donald Trump sons, Eric Trump and Donald Trump Junior will be in Vancouver on February 28 for the grand opening of their Trump tower hotel.

The $360-million building, which has already opened to the public, has been the site of protests, including a women’s march, in recent months.