The body of Deanna Desjarlais, a young Cree woman who went missing nearly five months ago, was found this week in a wooded area in Surrey.

Desjarlais, 27, was originally from Saskatoon. She had travelled to Vernon, B.C., in late April, and that’s the last time her family heard from her.

“It’s such a tragic ending, but I guess it’s good to have closure for the family,” said Morenstein, who is currently a spokesperson for the grief-stricken family.

The Desjarlais family is now working to get her body home for a funeral, on top of struggling to find answers to how she may have died.

How missing report was handled

The Vancouver Police Department confirmed to the CBC that the RCMP is now investigating the case.

While family members are confident in the RCMP’s current investigation, Morenstein said she’s concerned with how Desjarlais’s missing report initially was handled by the Vancouver Police Department.

“We never felt like they were taking her case seriously,” Morenstein said.

“One of the detectives told us not to worry because they think she is in Saskatoon, and is probably living under a false name collecting welfare.” 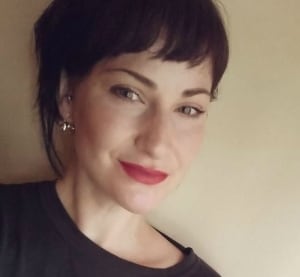 She added that the family also had a difficult time getting in touch with detectives for information, and that Vancouver police did not release a picture of Desjarlais to the public nor was a missing person’s bulletin on the RCMP website.

“It was like they were dismissing her case, because she is an Indigenous woman,” said Morenstein.

While Desjarlais was still missing, the Vancouver police, who were responsible for the case at the time, told the CBC they were making inquiries and tracking her travels to determine where she might be.

This week, Desjarlais’s family learned from the RCMP that she was found in a wooded area without a path to it. At first, her badly decomposed body was difficult to identify, but eventually police were able to get a thumb print.

Morenstein said, initially family members were worried her case would get swept under the rug by the RCMP.

But when Morenstein called the Surrey detachment, detectives said Desjarlais’s death was in fact being investigated as suspicious. The B.C. Coroner’s office told the CBC it could not comment on the case and that the RCMP are currently investigating.

Morenstein says she will continue to put pressure on the police for answers, for justice for Desjarlais.

Wrote song about MMIW before she went missing

Morenstein said Desjarlais and her five siblings had a difficult life growing up.

“They were just dealt a really rough hand,” said Morenstein.

But her family and friends say she was vibrant, humorous and kind.