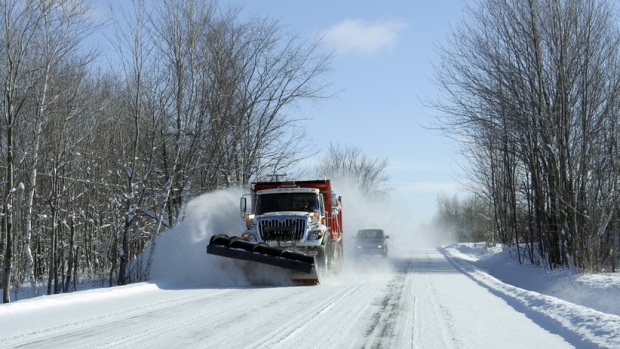 Now that Surrey has burned through millions of dollars and thousands of tonnes of salt, the city is reviewing its snow and ice removal policies.

Crews worked around the clock between December 4 and January 16 to keep the city’s major roads snow and ice free.

That was the longest stretch of consecutive days with freezing temperatures that Surrey has seen in more than 30 years.

The city’s general manger of engineering, Fraser Smith, says, unfortunately, many residents and businesses didn’t do their part and 81 fines were issued for not clearing sidewalks.

“Over the course of the six-week period extending Dec. 4, 2016 to Jan. 16, 2017, our bylaw enforcement officers issued a total of 1,043 warnings to property owners to shovel their adjacent sidewalk,” Smith said in a report to council.

“These included citations where it was discovered that the property owners shoveled snow from their parking lot, strata or sidewalk onto the city right-of-way, making either pedestrian or vehicle passage a challenge.”

Smith says this shows that many people in Surrey don’t know what their obligations are under the city’s bylaw.

The city will look at doing more bylaw awareness and enforcement in the future.

One policy that is unlikely to change in Surrey is the clearing of side streets.

Despite numerous complaints from residents, the city’s engineering department says it would be too expensive and time consuming to plow residential subdivisions.

Smith says it’s also not practical because residents are allowed to park on both sides of most streets, so there is nowhere to put the snow that has been cleared.

“Implementing similar provisions in Surrey would be an intensive process, and would likely not be embraced by a majority of property owners, many of which rely on on-street parking,” he said.

“It also would not be worthwhile, given that snow accumulations do not typically last more than three days in the region.”

The final numbers are still being tallied, but Surrey is expected to come in under its $3.5 million snow removal budget for 2016.

Smith says it’s far too early to say what the 2017 totals will look like, but he hopes to come in on budget this year as well.

“The winter maintenance budget also includes an emergency fund reserve of $5 million that is drawn upon to supplement the regular snow clearing budget in years when above average snowfall occurs,” Smith said.

“In years when the annual snow clearing budget is not fully expended, some of the residual funds are deposited in the emergency fund to ensure that the fund remains viable over time.”