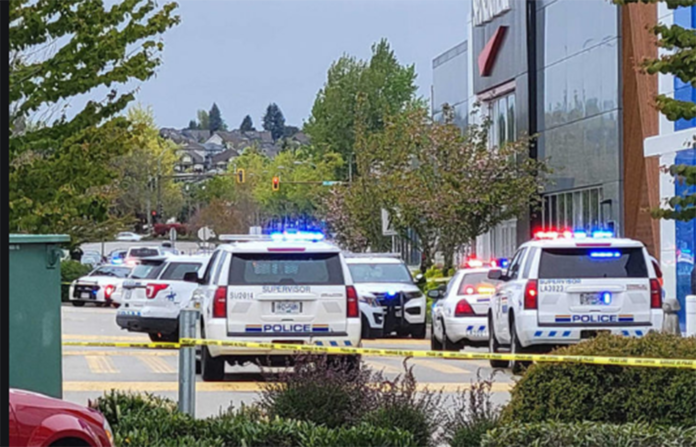 A shooting outside Willowbrook Mall on Monday afternoon sent one man to hospital with potentially life-threatening injuries. Police were called just after 3:30 p.m. to the scene, where they found a man suffering from gunshot wounds on the north side of the mall outside the Toys ‘R’ Us store. Video footage online appears to show a black SUV cordoned off by police in the parking lot. Witnesses have said online they heard multiple shots fired. Police say the shooting doesn’t appear to be random. The area is expected to be inaccessible to the public for a significant amount of time. The Langley RCMP serious crime unit has taken control of the investigation.