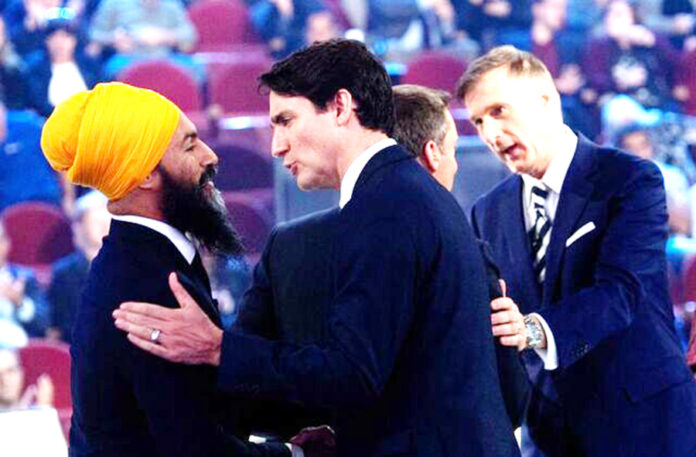 The federal Liberals and New Democrats have finalized an agreement that, if maintained, would keep Prime Minister Justin Trudeau’s government in power until the end of the current Parliament in exchange for progress on longstanding NDP priorities.

Trudeau announced on Tuesday morning that the confidence-and-supply agreement has been brokered, is effective immediately, and will remain in effect until June 2025.

“We’re different political parties, we stand for different things. But where we have common goals, we cannot let our differences stand in the way of delivering what Canadians deserve. That’s why we’re taking this step,” said Trudeau.

“What this means is that, during this uncertain time, the government can function with predictability and stability… and get things done for Canadians,” the prime minister said, adding that it was “not an easy decision.”

The agreement will see the NDP caucus prop up the government in future confidence votes and back them on four budgets, in exchange for progress before the next election on several key policy issues that are shared Liberal-NDP priorities.

Confirming the deal on Tuesday, NDP Leader Jagmeet Singh said that his party is “using our power to get help to people.”

“In this time, everyone I talk to, people are telling me that they need help now. And they expect politicians to deliver that help. And that’s exactly what we’re doing,” he said.