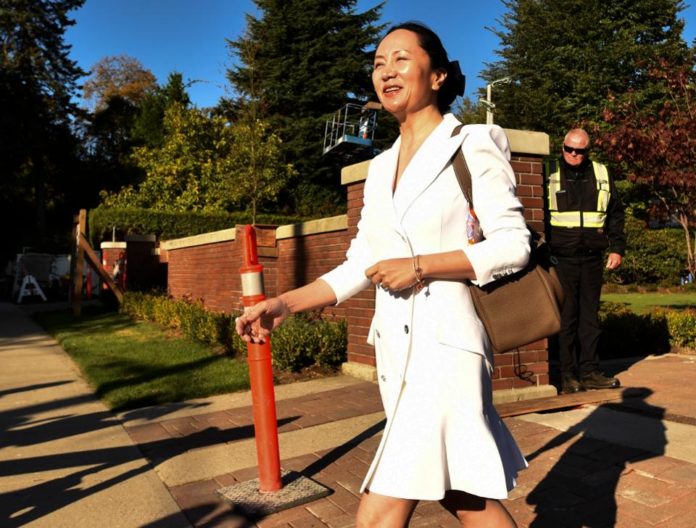 A B.C. Supreme Court judge has delivered a major blow to Meng Wanzhou, ruling that extradition proceedings against the Huawei executive should proceed.

In a widely anticipated decision on so-called double criminality, Associate Chief Justice Heather Holmes said the offence Meng is accused of by American prosecutors would be considered a crime if it occurred in Canada.

The 48-year-old chief financial officer of the telecommunications giant is charged with fraud in the United States for allegedly deceiving banks into a possible violation of U.S. economic sanctions against Iran.

In a 23-page ruling released Wednesday, Holmes said that the essence of Meng’s alleged crime is fraud.

And the fact that Canada doesn’t have the same economic sanctions against Iran as the U.S. wouldn’t stop someone being prosecuted in Canada for the same offence.

“Canada’s law of fraud looks beyond international boundaries,” Holmes wrote in her decision.

“Ms. Meng’s approach to the double criminality analysis would seriously limit Canada’s ability to fulfil its international obligations in the extradition context for fraud and other economic crimes.”

Meng appeared in court shortly after the public release of the decision, showing no visible reaction to the loss. She wore a mask as she took her place beside her defence lawyers in the courtroom.