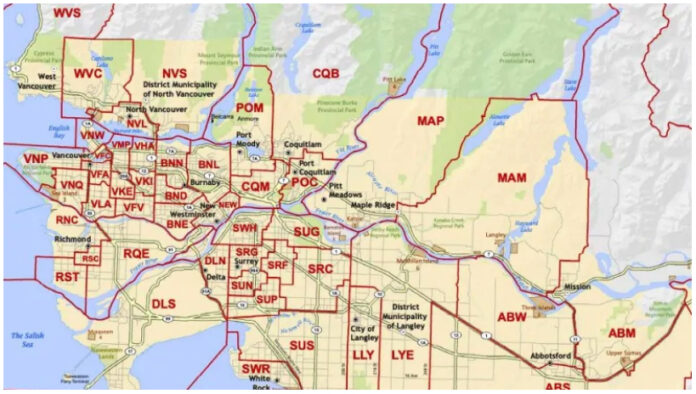 A new electoral redistricting bill in BC could potentially reduce the number of MLAs elected beyond Hope.The proposed change to the Electoral Boundaries Commission Act removes a requirement put in under the previous government that no reduction of seats could be considered in the Cariboo-Thompson, Columbia-Kootenay or North regions of the province.

Electoral boundaries in BC are modified after every second election by a non-partisan commission. The government must appoint a new commission to begin the process by October.

“This bill amends the act to ensure that electoral boundaries commissions have the independence and flexibility to recommend electoral district boundaries that support the effective representation of all British Columbians,” said Attorney General David Eby while introducing the bill in the legislature on Monday.

The bill also allows the maximum number of electoral districts in the province to rise from the current 87 to 93. In last decade’s electoral commission, two seats were added — one in Surrey and one in Richmond.

Some ridings have 150-250% more people than others

Some ridings in the Lower Mainland, Vancouver Island and the Okanagan had more than 45,000 registered voters in the last election, while the majority of ridings in the Kootenays and north of Williams Lake had fewer than 30,000.

But the ridings with the smallest number of people — like Stikine, with fewer than 15,000 voters — are also typically the largest in size.

“It’s challenging to represent those northern ridings with the same number of people in them as though they were dense, so boundary commissions have had to be creative about that,” said UBC political scientist Gerald Baier.

“They’ve had to give a little bit of room to essentially under-represent urban areas and over-represent some of those rural areas.”

Since 1979, B.C. electoral commissions have kept the same number of seats in those regions — eight seats in the north, four in the Kootenays and five in the Thompson-Cariboo — while expanding the number in the rest of the province.

Baier said a similar situation could play out this time.

“I don’t think they need the guidance that the old legislation had,” he said.

“I think it can work on the kind of principles that the boundaries commissions have been working with. They’re not just informed by numbers, they’re informed by things like community interest and not making things too big — and keeping it manageable for representatives.”