A rally for better social housing has turned into a protest at Vancouver City Hall. The protesters marched inside the building demanding time to talk before the Tuesday morning council meeting, but they were denied.  The protest turned loud for a time, as protesters, outraged over the lack of social housing for the homeless, voiced their concern.  Organizers urged the group to stay put and not disperse.  But instead of being forcibly removed from the building, the group was allowed to occupy a committee room, where it is formulating its demands. 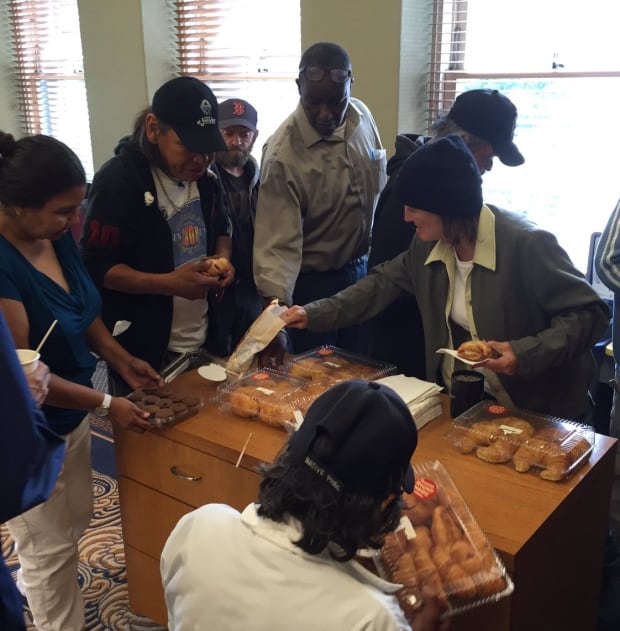 Protesters break for taxpayer-paid-for eats and drink in a City of Vancouver committee room, Tuesday afternoon.

Vancouver Mayor Gregor Robertson has agreed to meet with them later this afternoon.  The focus of the protest is a lot at 58 West Hastings where the group is demanding the land be dedicated 100 per cent to social housing.  Since Saturday, a tent city has sprung up at the West Hastings Street site– one of two protests currently underway in Metro Vancouver over the demolition of affordable housing. The group VANDU, the Vancouver Area Network of Drug Users, is leading the protest. VANDU says it advocates to improve the lives of people who use illicit drugs.

Homeless shelter considered in Guildford next to RCMP station