Chitvinder Kambo calls it his “apology tour”: he’s going door-to-door saying he’s sorry for renting his basement to people who were involved in a shooting attack in a quiet Prince George neighbourhood.

Kambo was in his room just after midnight on June 23 when he heard fighting coming from downstairs. He was going to check it out when he heard gunshots.

“At first I couldn’t believe what was going on,” he said. “My little cat was right in front of me. He ran so fast when those bullets went off.” 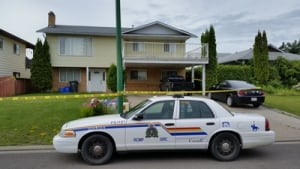 RCMP say it was a targeted shooting connected to the drug trade. Kambo says the experience will change the way he screens potential tenants.

Ranjit Singh says he doesn’t blame Kambo for the shooting, but he is worried about an increase in violence in the area.

Singh’s home is almost directly between two targeted shootings that took place in a single week. 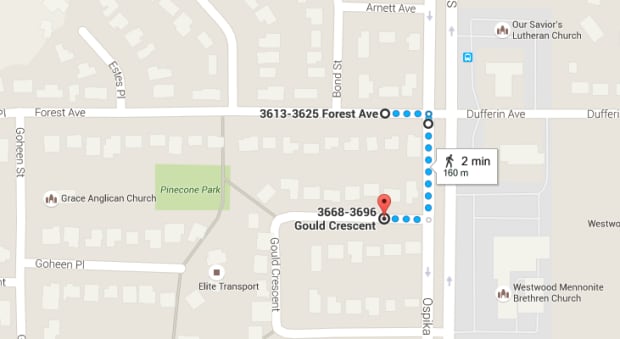 The approximate location of two Prince George shootings, one week apart. Police say both were targeted, but won’t say whether they are connected. (Google Maps)

The first was just before midnight, June 15. A 33-year-old man was shot dead on Forest Avenue at a home connected to Singh’s backyard. The second was at Kambo’s house, across the street from Singh.

Two attacks in such a short time has Singh worried for the safety of his twin four-year-old daughters.

“Imagine if any stray bullets come into our home and injure one of our kids. As we hear on the news all the time, we might just become a statistic.”

Jessica Ballantyne is also worried. She moved to the area in an effort to get away from some of the violence she had encountered at her previous home, close to the city’s downtown.

“You do kind of have, when you move to a neighbourhood like this, a sense of invincibility almost,” she said. “It seems like a rich, safe neighbourhood. There’s a lot of young families, people settled down, older people and kids.”

When Ballantyne first moved, she would go for runs at night. Now, she’s being more cautious.

“You kind of realize that stuff is everywhere.”

RCMP haven’t said if the shootings are connected, but they believe both were tied to the drug trade. In a release, police say “Prince George remains a safe community for those that do not involve themselves in illegal activities.”

For Ballantyne, the assurance offers some comfort, but she’s still concerned.

“I always worry about being in the wrong place at the wrong time.”

As for Kambo, he says his tenants are gone, and he hopes there’s no more need to worry.

“Come out, be safe and enjoy our neighbourhood like we used to.”

Man shot during his car wash on busy Scott road