Police say they have little information on the suspect in the stabbings at an Abbotsford high school that left a 13-year-old girl dead and a 14-year-old girl wounded.

Police said Klein was of “no fixed address” and had been seen frequenting various areas in the Lower Mainland since February or March and was last seen in Vancouver.

They said he may be from Alberta and doesn’t appear to have a criminal record.

“We’re looking for anyone who has been in contact with Mr. Klein, whether it be in face-to-face contact, through social media or through emails,” Pound said.

“We want to speak with those individuals.” 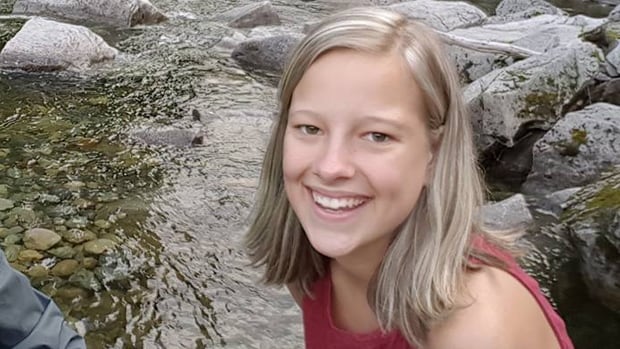 Letisha Reimer, 13, died after being stabbed at a school in Abbotsford.

Pound confirmed earlier police reports that the stabbings were a “random act of violence.” She said Klein didn’t appear to have any connection to the victims, the school or the Abbotsford area.

Pound commended the “selfless actions” from staff at Abbotsford Senior Secondary School, who quickly restrained Klein after the stabbings, until police arrived.

The South Abbotsford Church said it was mourning the death of 13-year-old Letisha Reimer — a member of its community. 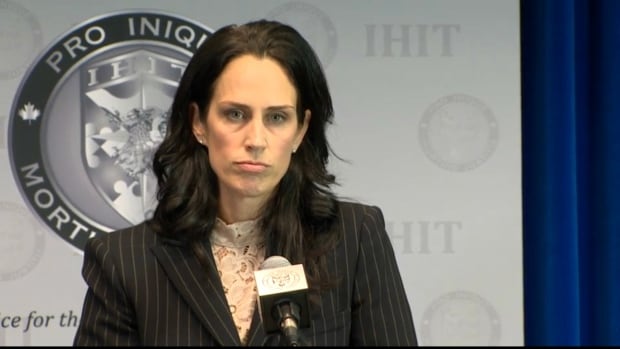 Staff Sgt. Jennifer Pound, spokeswoman for the Integrated Homicide Investigation Team, said police have few details on the suspect of the Abbotsford stabbings.

“Her smile and joyful personality brought a ray of sunshine into the lives of all around her,” wrote the church in a Facebook post.

“She generously gave her time, energy and heart in sacrificial service, both to those inside our church family and to those in our broader community.”

A vigil is being held Wednesday from 6 p.m. to 8 p.m. PT at St. Anne’s Church for Abbotsford Senior Secondary students and families involved in the stabbings.

Pound said the surviving victim is in hospital in stable condition “but will obviously have a lengthy physical and emotional recovery ahead of her.”There is a publication ban on her name.

Pound also repeated an earlier police plea not to post or share a video of the stabbing that has been circulating widely online, explaining that doing so is traumatic for the victims’ families.

A provincial court heard today that Klein has been restrained in a cell at the courthouse for his own safety, but was unwilling to walk to the courtroom.

He will appear by video on Nov. 7. He’s been ordered not to communicate with the surviving victim.

The school was closed today and counselling services are being offered to students.

With files from Rafferty Baker 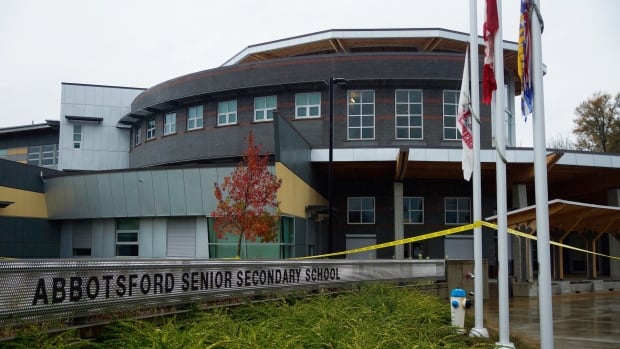