Earlier this summer, Lala Bandres quit her job in Mexico to learn English in Canada. She received a three-month student visa, paid about $5,000 in tuition fees and packed her bags for Vancouver.

But the teachers at her school, Vancouver English Centre (VEC), have been on strike since Tuesday. The school is refusing to give her the refund she has asked for — and the clock on her student visa is ticking. 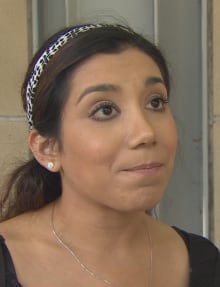 About 600 students at VEC have had their English as a Second Language (ESL) classes cancelled until further notice due to the strike. ETEA Local 9, the union representing the school’s teachers, says it’s been trying to secure a fair contract for its members for the last 15 months, leaving them with no option but to strike.

“I felt really bad about having to do this [to the students],” said Kim Fissel, interim president of ETEA Local 9 and a teacher at the school for the last four years. “It’s a very extreme movement, but unfortunately, it’s what we had to do.”

The school issued a notice to its students on Tuesday informing them of the strike. In place of classes, the school is offering students “a wide variety of leisure and sightseeing activities” in and around Vancouver, as well as four days of free tuition for each day of classes missed due to the strike.